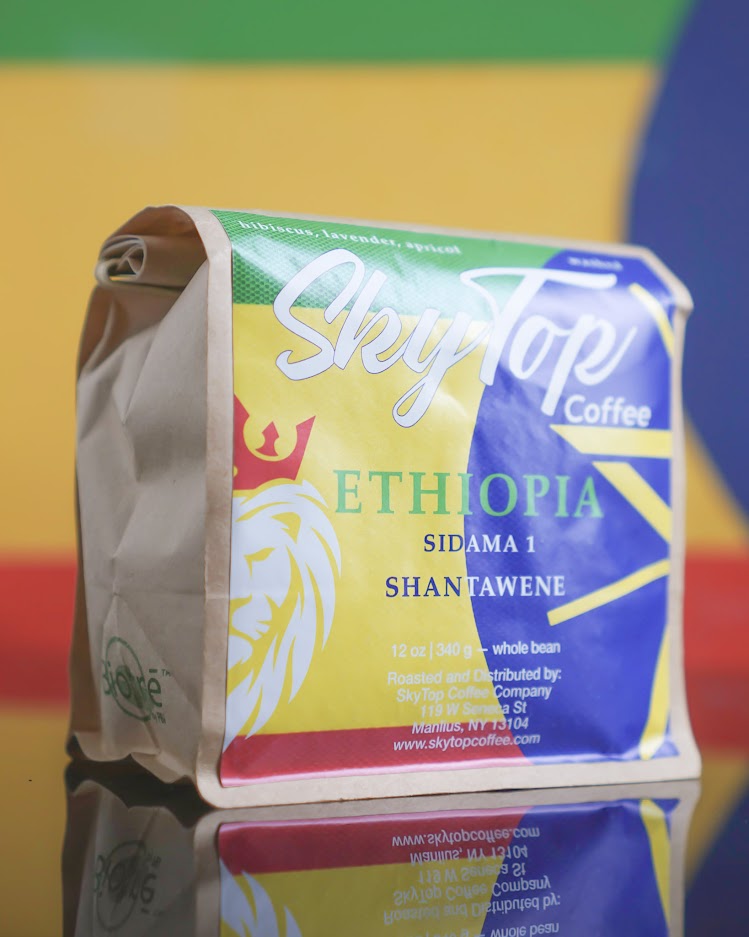 I recently posted a question on my Story, asking for recommendations for new-ish roasters that I haven’t tried yet. My old friend @steverhinehart was swift to respond with one of his favorite local roasteries, SkyTop Coffee, from upstate New York.

I tried ordering a Colombian offering but was informed they had sold the last bag just moments before my order came in. So I ordered their Colombia Gesha instead and, as a way of apologizing for the inconvenience, they threw in a bag of their Ethiopia Sidama Shantawene.

(To be clear, they didn’t need to do that – there was nothing to apologize for – but I am very grateful to them for such incredible service!)

This coffee was grown by smallholder farmers organized around Faysel Yonis’s Testi Ayla washing station, located in the Shanta Wene kebele of Sidama, Ethiopia. The Kurume cherries are grown at 1900-2100 masl and are fully washed after pulping and fermenting, then dried on raised beds under a solar canopy.

I don’t think it needs to be said anymore that coffee is a fruit first. I think by now, that’s pretty well established. But every now and then a coffee comes across my cupping table that drives that point home emphatically. This Shantawene is one of those coffees.

Unlike the big berry bombs that natural Sidamas can be, this fully washed offering showcases a coffee that is elegant and restrained. It’s floral forward, with a soft bouquet of hibiscus and lavender in the aroma and through the finish of each sip. It’s a light coffee with a silky mouthfeel, with beautiful flavors of apricot, peach, strawberry, tart ruby red grapefruit, and vanilla cream sweetness. The cup gets a bit more tart towards the bottom as it cools, and there’s a slight amount of fermentation, but the cup offers a wonderfully clean, rounded sipping experience overall.