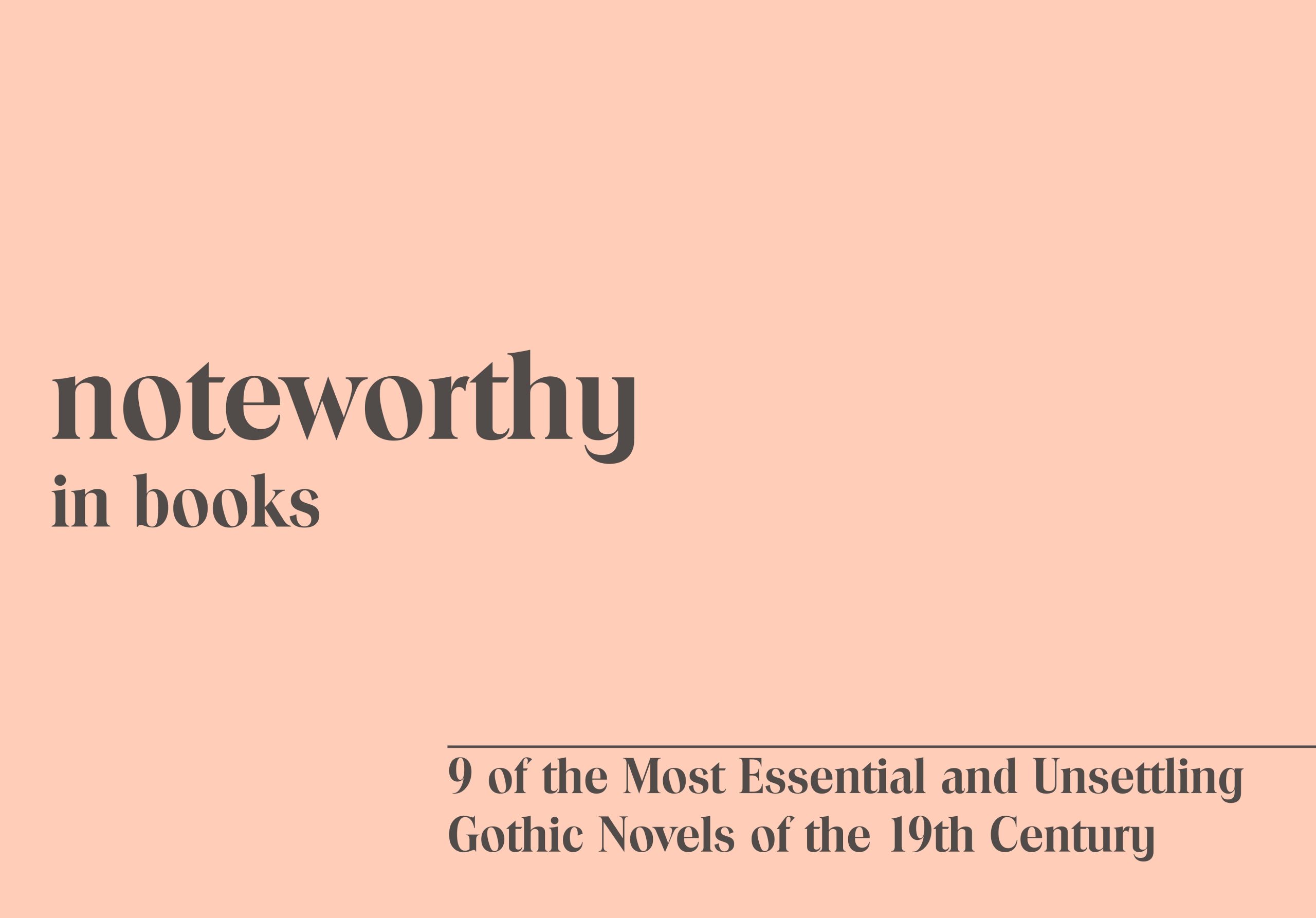 “The original [ Gothic novels ] focused on personalities deformed through loneliness. Ghouls, vampires, werewolves: all made, not born. But the isolation? Are even such as these ever truly alone? Perhaps the psyche has always been more complex than that, desire eternally more potent than terror. Surely, none prowl entirely in solitude.”

Martyrs and Monsters, by Robert Dunbar

Gothic novels were born in England out of the 18th century Romantic literary movement. Romanticism was characterized by the feeling and embrace of intense emotions. The importance the Romantics placed on their feelings is summed up in the remark of the German painter Caspar David Friedrich, “the artist’s feeling is his law.” For William Wordsworth, poetry should begin as “the spontaneous overflow of powerful feelings.”

As this movement went on, authors allowed themselves to lean heavily into their feelings of paranoia and fear of the supernatural, occult, and human psychology. Their fascination with the morbid, the morose, and the macabre, and the thrill that came along with that fascination, led writers like Edgar Allan Poe, the Bronte sisters, Nathaniel Hawthorne and more to create some of the most horrifying stories ever written throughout the 1800s.

Here are nine of the most unsettling, bone-chilling, brooding, and gloomiest gothic novels of the 19th century.

The Picture of Dorian Gray, by Oscar Wilde

Murder, suicide, lust, and a haunted portrait. Oscar Wilde’s 1891 novel captures the reality of mankind’s infatuation with outer beauty and the dark nature of one’s soul rotting within. In this story, Wilde tells the tale of handsome Dorian Gray sitting for a portrait that captivates the artist. Gray, realizing the power of his own beauty, wishes for the painting to age and decay while he remains young and attractive. His wish is granted and as he leads a life of debauchery and sin the painting pays the price.

“Dracula” is an 1897 Gothic horror novel by Irish author Bram Stoker. The most popular literary work derived from vampire legends, it became the basis for an entire genre of film and literature, introducing the character of Count Dracula and establishing many of the conventions of subsequent vampire fantasy.

The Turn of the Screw, by Henry James

American author Henry James, one of the masters of ghost stories, first published The Turn of the Screw in 1891. Today, it is still arguably one of the most chilling ghost stories ever written. Told primarily through the journal entries of the governess of two orphans living on their uncle’s estate, the novella unfolds around the unsettling behavior of her wards and the frightening appearances of two ghosts who appear, at will, to whomever they please.

Emily Brontë wields all the classic components of Gothic fiction in this tragic 1847 tale. The novel was controversial when first published for the mental and physical cruelty that run rampant through the characters. The story is haunting from the broad stroke of its setting on the misty moors of England and the ghosts of characters long gone, to the finite pain of losing soulmates. What is more haunting is Bronte herself and her ability to speak of societal issues, such as male violence and suppression of women, all while wrapping it up in an exquisitely dark story.

George W.M. Reynolds is lost to history, but his 1857 novel “Wagner, the Wehr-Wolf” was the first significant fictional treatment of the werewolf in English literature. A deal with the devil buys Fernand Wagner wealth and youth―at the price of monthly transformations into a ravening beast. This thriller traces his blood-soaked trail through 16th century Italy.

What began as a friendly competition between writers, has produced one of the most iconic characters of the Horror genre. Author Mary Shelly created Frankenstein in 1818 from a bet with Lord Byron over who could write the best horror story. From this wager came the tale of scientist Victor Frankenstein and his desire to control life. Though grotesque in its detail of an experiment with dismembered body parts, the true horror lies in the fate of the creature. In the creature’s search to understand and become a part of humanity, it is humanity itself who turns him into a monster.

The Tenant of Wildfell Hall, by Anne Brontë

Though technically not in the Gothic genre, The Tenant of Wildfell Hall (1848) is a dark, sorrowful tale that doesn’t require ghostly apparitions to unsettle its audience. Anne Bronte, under the pen name Acton Bell, haunts her heroine through a violent, manipulative husband. Forced to flee in order to protect her son, Bronte’s heroine shelters herself in a neglected, old mansion where she raises the suspicions of her neighbors and leaves both readers and characters wondering who is lurking around every shadowed corner.

The House of the Seven Gables, by Nathaniel Hawthorne

The House of Seven Gables (1851) is the product of its author’s lifelong interest in the American witch hunts, particularly the Salem Witch Trials of 1692. Nathaniel Hawthorne holds a body of work surrounding the morality and religion that sought to destroy witchcraft and sin in early America. This particular story unfolds inside an eerie home that is cursed by its own history of witchcraft and death. The unpredictable inhabitants of this ancient home support the novel’s original reviews that it causes the audience to feel that they are walking through an asylum while reading.

The Masque of the Red Death, by Edgar Allan Poe

This entry isn’t a novel, but I felt compelled to include it in this collection. Edgar Allan Poe’s classic 1842 Gothic short story “The Masque of the Red Death” attained new relevancy in 2020. The story follows Prince Prospero’s attempts to avoid a dangerous plague, known as the Red Death, by hiding and partying with his rich friends in his abbey. A stranger disguised as a Red Death victim confronts Prospero, who promptly dies. Sounds familiar, right?

Tiffany Ellis
Tiffany Ellis is a freelance writer with a Bachelor’s degree in English Literature and an emphasis on Creative Writing. She has written for both print and online publications, as well as local business blogs, specializing in non-profit organizations and the wedding industry.
gothic literature

1 thought on “9 Unsettling Gothic Novels of the 19th Century”