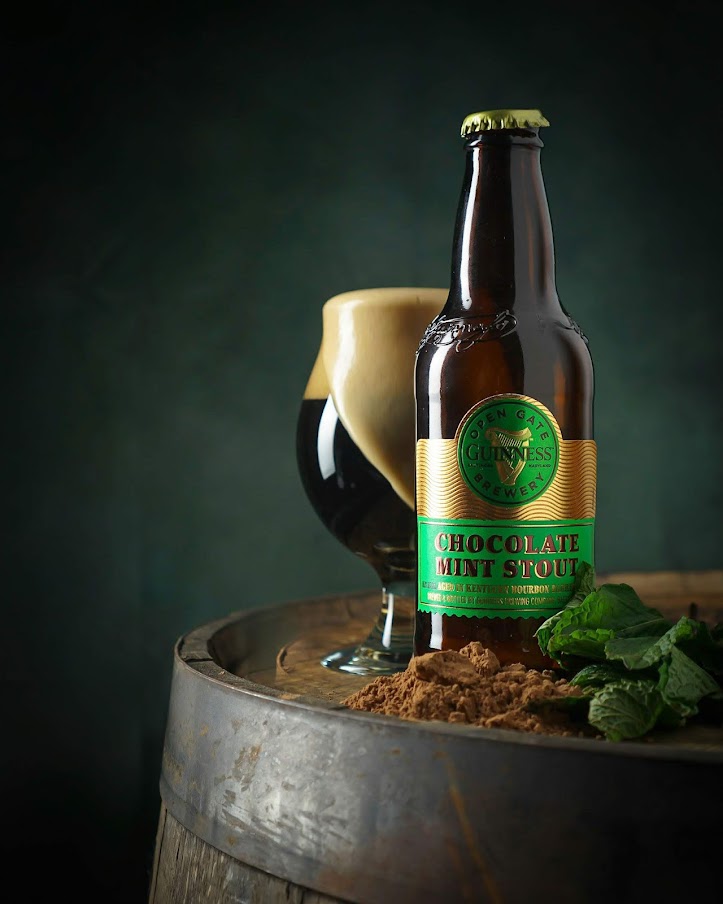 In the world of beer, Guinness is my first true love. You always hear that Guinness is an acquired taste, but I actually fell in love with it from my very first pint o’ the black stuff. And even as my palate has become more sophisticated and refined, I still find comfort in Guinness.

Guinness started selling Ireland’s landmark beer in 1778 and for the bulk of its 240+ years history, produced only three products: single stout, double stout, and foreign stout for export. And while Guinness remains one of the world’s 15 most popular beer brands, with 10 million pints being consumed daily globally, even it has succumbed to the pressures of competing with the ever-growing craft beer market.

Over the past decade or so, Guinness has launched craft-inspired variant after variant to appeal to a new audience of craft beer snobs. Brands like Guinness Blonde, Baltimore Blonde, Over the Moon Milk Stout, Rye Pale Ale, Nitro IPA, Irish Wheat..

The latest entry in this growing list of variants is out of their four year old barrel-aging program: Guinness Chocolate Mint Stout – a seasonal stout that is brewed with dried mint leaves, aged in Kentucky Bourbon barrels, and then conditioned with pure liquid cacao. There’s no mention of which Kentucky bourbon barrels were used but I suspect that its Bulleit barrels, as both brands are part of the Diageo family.

“With each new beer from our barrel-aging program, we look to challenge ourselves with flavor combinations and tastes that most people wouldn’t expect from Guinness,” said Sean Brennan, Head Brewer at the Guinness Open Gate Brewery in Baltimore, in a statement. “And that’s exactly what we’ve got here with our Chocolate Mint Stout Aged in Kentucky Bourbon Barrels. Chocolate and mint are a classic flavor combination, and the way those flavors interact with the bourbon character leads to something really special.”

Guinness Chocolate Mint Stout pours black; thick, but not as thick as you’d expect from a barrel aged stout. It’s topped with a thick light tan head – smooth and creamy – and disipates slowly.

The aroma, however, is exactly what you’d expect from this beer. It’s a little bit boozy, with big scents of cocoa, and intense, refreshing mint. Elements from the bourbon barrel don’t come through in the aroma; or, at least, it’s not breaking through the chocolate and mint, which dominate the aroma.

This is on the lighter side of a full-bodied beer. It has a creamy mouthfeel – not as the Guinness we know and love, since it’s not nitrogenated, but it’s creamy with moderate carbonation. I kinda wish it was nitrogenated, though – I think it would make it that much more of a dessert beer.

With a name like Guinness Choclate Mint Stout I was more than a bit skeptical. I had no idea what sort of influence the mint would have, but I’m very pleasantly surprised. It’s delicious, with just the right amounts of mint to make it refreshing and cacao to balance the mint with bittersweetness.

Again, the barrel doesn’t come through as much as you’d expect it to, but I’m not sure it really needs to be more of a present flavor than it is. There are some faint nuances of vanilla and oak, which, along with the roasted malts, give the beer a nice, sturdy backbone.

I came across this at my local liquor store and had a chuckle. “Guinness Chocolate Mint Stout…” I thought. “This is going to be dreadful. But it’s fresh content for my flailing Instagram feed if nothing else.” I cracked it open after a hearty St Patrick’s Day and, well… This beer is far better than it has any right to be. And I’m big enough a man to admit when I’m wrong.

I think the best thing to do – if you’re contemplating buying this when you see it at your beer retailer – is to remove any preconceived notions about what Guinness is or what it ought to be from your mind. This isn’t one of the OG three Guinness beers we’ve known for the past 240+ years. It’s best to start viewing Guinness for what it really is – a brewery. Guinness isn’t just the pint o’ the black stuff that we’re used to. It’s a brewery that’s been brewing three variations of the same beer for a long time, sure; but it’s a brewery that is expanding its horizons. Adapting with the times.