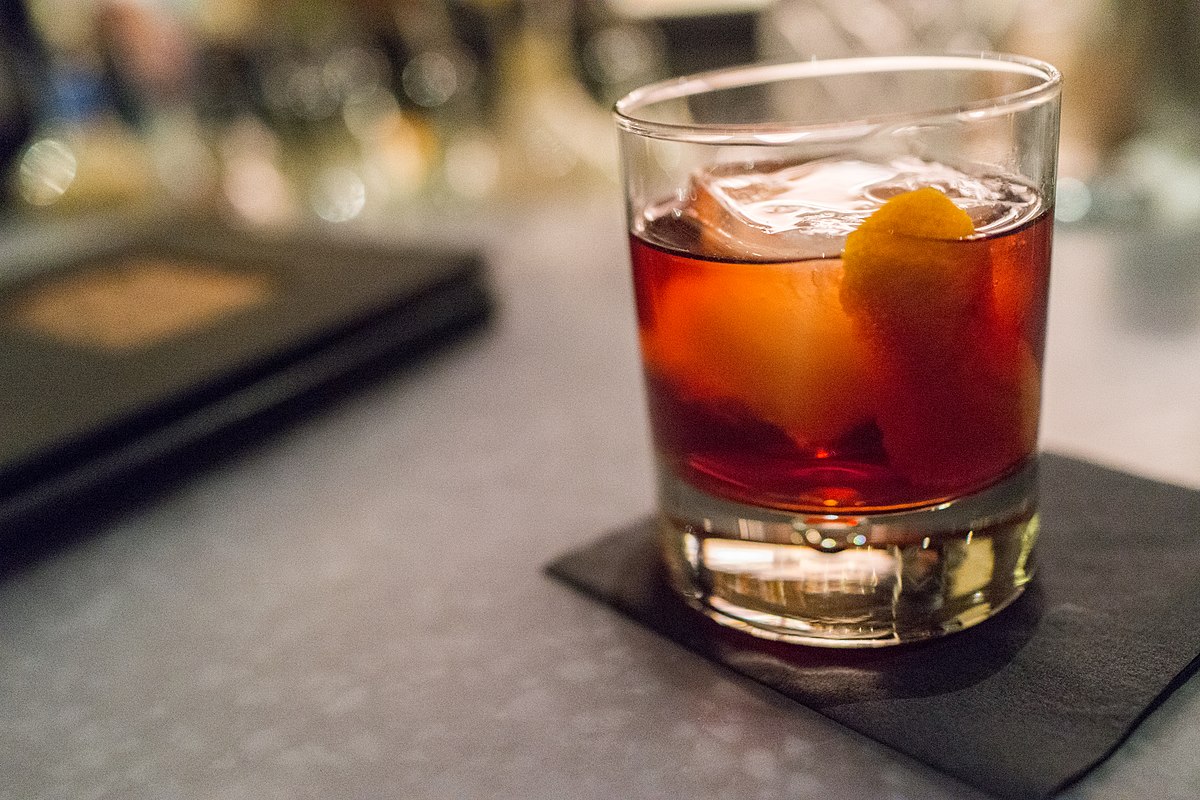 From 1927-1932, Erskine Gwynne was living in Paris, running a monthly magazine he founded called Boulevardier—a sort of Parisian version of New Yorker. Gwynne was an expatriate writer, socialite, and nephew of railroad tycoon Alfred Vanderbilt. During that time period, American was in the midst of Prohibition (which, of course, was the national repeal of alcohol). Ironically, the Volstead Act helped revive the American cocktail—it provided creative liquor salesmen a handy way to disguise hooch with preferable flavors and a pretty name. But Prohibition also sent thousands of bartenders into a tailspin. Most had to find other work, since their profession had been, for all intents and purposes, obliterated. An adventurous few expatriated themselves to Europe and made a name for themselves teaching European barmen American cocktail creation.

One such expatriate was Harry McElhone—former bartender of the Plaza Hotel in New York City. By the time Prohibition went into effect, Harry had relocated, first to Ciro’s in London, then to its branch in Deauville, France, and finally to Paris with his own place, Harry’s New York Bar. During this time, he (and other American Barmen in Europe) served the pre-Prohibition American-style cocktails he was so well-versed in while also also experimenting with European ingredients that weren’t available back home to create exciting, new experimental cocktails.

“Thanks for the history lesson! But what does any of this have to do with Eskine Gwynne?” you might ask. In 1927, McElhone published his bar guide, Barflies and Cocktails, which was advertised in Gwynne’s Boulevardier magazine. This publication—part memoir and part recipe book—marked the first appearance the Boulevardier. McElhone credited Gwynne, one of his regular customers, with inventing the drink.

The Boulevardier is one of my favorite go-to cocktails. It’s a no frills traditional cocktail with just three ingredients, all of which are easily accessible at all fine liquor stores: whiskey, an aperitif, and sweet vermouth in equal proportions. If you’re a cocktail enthusiast, you might rightly see the similarity between the Boulevardier and the Negroni (which I’ll also write about in long form here eventually)—these two drinks share two of the three ingredients, with the third being whiskey rather than gin. The bittersweet interplay between aperitif and vermouth remains, but the whiskey changes the flavor profile. Where the Negroni is light, crisp, and refreshing, the Boulevardier is rich, spicy, warming, and complex.

While the Rye Negroni (Boulevardier, but with rye whiskey instead of Bourbon)—which was created 80 years later by Dominic Venegas—is the one more often served at bars these days, the original Boulevardier is made with Bourbon. Bourbon, being a smoother sweeter, whiskey, will deliver a (perhaps) more palatable Boulevardier; but I think the peppery spice and punch of a rye whiskey complements the aperitif a bit better.

Try both! You really can’t go wrong either way. If you end up going with a Bourbon, I recommend Bulleit Bourbon, Eagle Rare, or Evan Williams Single Barrel; for a Rye, I recommend Rittenhouse 100 Proof, Templeton Rye (especially if you want that Prohibition-era vibe), or Sazerac. Or, hey—split the difference with a high rye Bourbon and go with Basil Hayden’s or Jim Beam Signature Craft High Rye.

Campari is the traditional aperitif used in the Boulevardier, though I’ve also found success with the more economic options, Aperol and Contratto. I personally prefer Contratto, but a lot of that has to do with how much I love the way its label looks in my liquor cabinet.

Combine all ingredients in a mixing glass and stir; serve neat in a coupe glass, or on the rocks in a rocks glass (this is my preferred method). Garnish with an orange peel or twist.