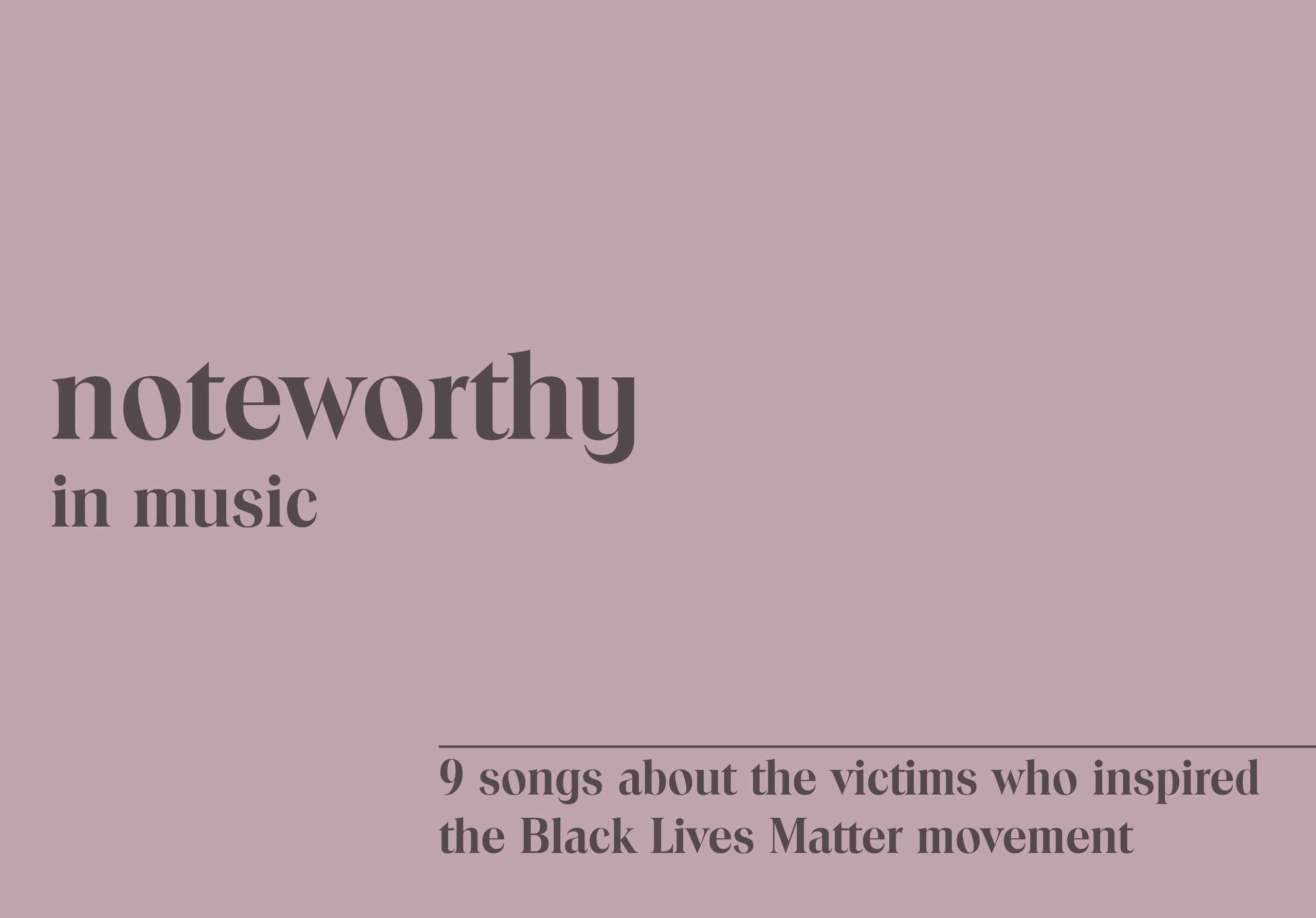 Topical songwriting about real life, real people, and real events is a tradition that continues to this day. And just like in the days of the Civil Rights Movement, songs written about people like Trayvon Martin, Eric Garner, Sandra Bland, and George Floyd (just to name a few) have not only served as musical eulogies, but also as rallying cries for those STILL fighting for equality.

In addition to Bruce Springsteen’s “41 Shots,” Peter Gabriel’s “Biko,” and Sinead O’Connor’s “Black Boys on Mopeds” from my previous post, I’ve collected nine more contemporary songs that were written about Black lives that were taken unjustly.

Lady Gaga was overwhelmed with grief over the American justice system continually failing the Black community – victims and their families – when she penned “Angel Down” in 2016. The song is a tribute to Trayvon Martin, the unarmed child who was murdered in 2012, and whose murderer walked free.

Prince was no stranger to tackling social issues and broken systems in his music. Following the death of Baltimore native Freddie Gray, who was arrested and died from spine and neck injuries sustained during a Baltimore PD “rough ride,” Prince penned “Baltimore.” The city erupted into protests, and their anguish, pain, and anger are captured in the track.

The title of this song alone lets you know that the lyrics touch on something very painful and revealing for the R&B singer/songwriter, H.E.R. She wrote the song over the course of a few weeks following the murder of George Floyd, whose last words inspired the title. “I Can’t Breathe” serves as more than a tribute – it’s a call to action.

“I Need You To (Breonna Taylor” – Tobe Nwigwe

Tobe Nwigwe gets straight to the point in this powerful track, name checking Breonna Taylor and Elijah McClain, who were both killed by police and demanding that their killers be arrested. Breonna Taylor was an EMT working on the front lines of the COVID-19 pandemic who was gunned down in her bed sleeping after police broke into her home. Elijah McClain was a young man who was walking home and was asphyxiated by police and then sedated by paramedics – he later died from his injuries.

Michael Brown. Eric Garner. Sandra Bland. Trayvon Martin. Freddie Gray. Oscar Grant. Aloe Blacc dedicated this somber Christmas song to their parents, as he croons about the intimate holiday traditions they can no longer share with their children. Blacc ensures their memories are not forgotten in a rush of commercial gift exchanges and holiday cheer.

In 2014, in Ferguson, Missouri, a young man named Michael Brown was gunned down by police and left in the street for hours. Quickly, Ferguson erupted into protests. Rage Against the Machine guitarist Tom Morello dropped this track in response, and all the funds from the song went to the legal defenses of the protestors who “marched on Ferguson.”

Sandra Bland was pulled over for a minor traffic violation in July 2015. Within days of her arrest, she was found dead in her jail cell. Dev Hynes’s (aka, Blood Orange, formerly known as Lightspeed Champion) moving R&B song “Sandra’s Smile” is eulogy for her, and for all the victims of America’s brutal systems of authority.

Christopher Alaneme was murdered in a racist attack in England in 2006. His murder made Bloc Party frontman (and family friend) Kele Okereke – a second generation Black man living in the UK – uncomfortable in his own skin. In this song he rails against British media and police for their roles in making Black people feel like foreigners and propounding a hysterical fear of Black youths.