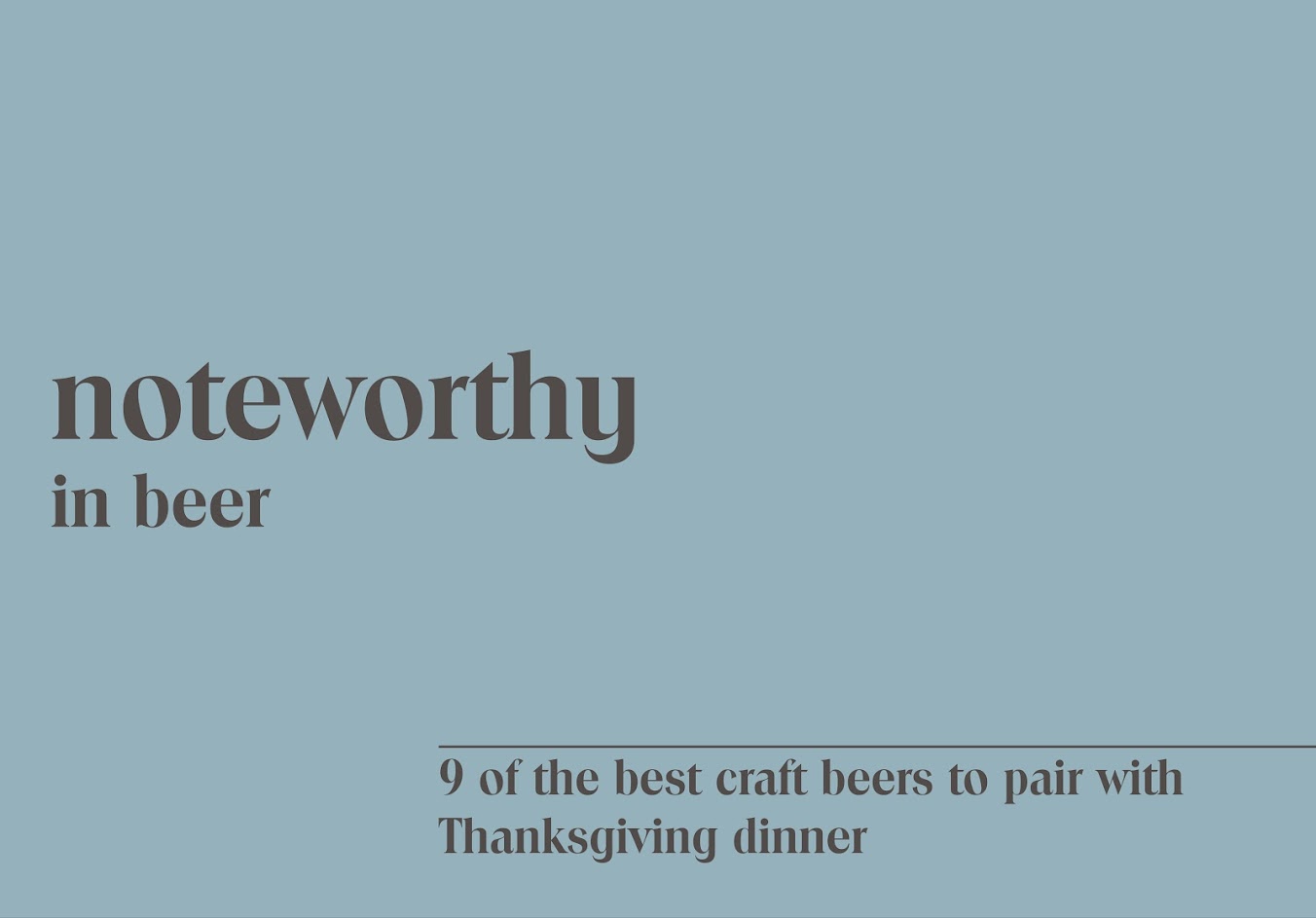 From Belgians to barleywines and brown ales to barrel-aged stouts, these are nine of the best craft beers to pair with Thanksgiving dinner.

On a day packed with filling foods, equally filling beers might not be on your menu. Enter Creature Comforts’s Table Beer – a sessionable, hop-forward, refreshing, approachable Table Beer Belgian-style ale. Table Beer has an earthy, floral, and citrus hop character balanced by complex Belgian yeast flavors, which leads to subtle bitterness on the finish.

Oddside Ale’s Sweet Potato Souffle is a strong ale that was brewed with sweet potato and lactose, then aged in Traverse City Whiskey Company rye whiskey barrels with cinnamon and nutmeg. Flavors of caramel, brown sugar, and sweet potato blend with spice and malt giving way to a lingering, warm finish, perfect for serving as a dessert beer.

While there’s no shortage of breweries incorporating cranberries into beers, few do so well. They often end up overly tart or sweet. Sketchbook Brewing’s Ripe Now Farmstand Porter, on the other hand, features rich dark chocolate notes and hints of cranberry jam. While it’s a fruit beer, it is first and foremost a porter; ideal for cold winter’s nights.

Dogfish Head’s classic Olde School has become an annual holiday favorite since its first release in 2002. Clocking in at a hefty 15% ABV, this barleywine is fermented with dates and figs and is perfect for pairing with Thanksgiving dinner or cellaring for a special day. Over time, the beer dries and the pit fruit flavors come forward as the hoppiness recedes.

Autumn Fields is an autumnal take on More Brewing Company’s cream ale, Open Fields. They infused it with cranberries and oranges to brighten it up and creating a perfect beer to pair with a heavy Thanksgiving dinner in the process.

Long before the days of barrel-aged-everything, Allagash Brewing was one of the first breweries to age beer in bourbon barrels. First brewed in 2004, Curieux is Allagash’s Belgian Tripel, aged in Jim Beam Bourbon barrels for seven weeks, then blended with more fresh Tripel, resulting in beautiful notes of coconut, vanilla, oak, and bourbon.

Maplewood Brewery’s Brownie Points – a Northern English Style Brown Ale – is full of malty chocolate and toffee flavors, and has a creamy body from the addition of flaked oats. The addition of Madagascar and Mexican vanilla beans give this brown ale a smooth, but bold finish. Light, smooth, and sweet – perfect for pairing with a big turkey dinner or pecan pie.

The Bruery’s Autumn Maple beer is a big Belgian-style brown ale made in the pumpkin beer tradition; except instead of pumpkins they used yams, and lots of them! This beer is infused with nearly 450 pounds of barbecued yams, maple syrup, molasses, and other pumpkin pie spices, and clocks in at a hefty 10% ABV.

I know, I know. Goose Island’s line of Bourbon County brews is a Black Friday release. But these beers demand to be cellared. And Thanksgiving is the perfect opportunity to open up a previous year’s release. 2020’s lineup promises to be the best yet, with the Kentucky Fog – their take on the London Fog tea latte – being heralded as the best of the series thus far.