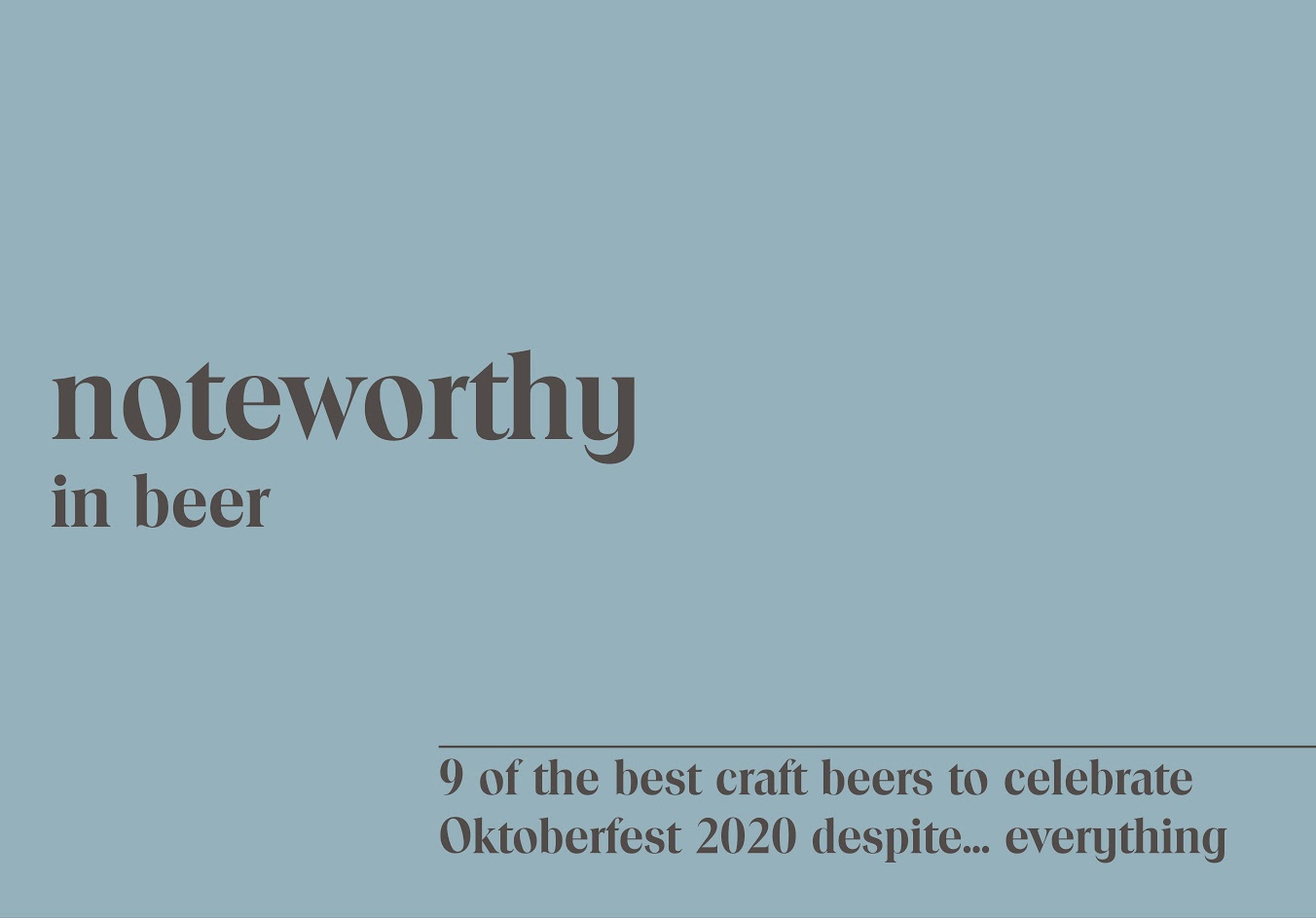 Oktoberfest 2020 was supposed to take place from September 19th through October 4th. However, due to the ongoing pandemic, Germany canceled the official celebration in Munich this year. But that doesn’t mean we can’t celebrate at home! Here are the best Oktoberfest beers to celebrate the event despite, you know… Everything.

Oktoberfest is a long standing German festival. It’s an annual two-week celebration that dates back 210 years! The festival originated on October 12, 1810, in celebration of the marriage of the crown prince of Bavaria, who later became King Louis I, to Princess Therese von Sachsen-Hildburghausen. The festival concluded five days later with a horse race held in an open area that came to be called Theresienwiese (“Therese’s green”).

Pair These Oktoberfest Beers With This Spotify Playlist

The following year the race was combined with an agricultural fair. In 1818, booths serving food and drink were introduced. By the late 20th century the booths had developed into large beer halls, with interior balconies and bandstands. Before long, Oktoberfest became a global phenomenon, with events taking place all over the world.

Official Oktoberfest beers are those brewed within Munich city limits and conform to the Purity Law known as Reinheitsgebot. This purity law has been on the books for 500 years(!) and allows for only hops, barley, water and yeast to be present in every Stein. With such strict guidelines, there only six breweries that are truly Oktoberfest beers: Löwenbräu, Spaten, Hofbräu, Augustiner, Hacker-Pschorr, and Paulaner. No other breweries may participate in the official Oktoberfest festivities. Even though only six breweries participate, festival goers still consume about 2 million gallons of beer over the two weeks.

Avery Brewing’s The Kaiser clocks in at almost twice the strength of traditional märzenbiers, in terms of ABV and flavor profile. It takes all of the elements that make a great Oktoberfest beer and intensifies them, boasting big flavors of malts, toasted nuts, bread, and a wallop of floral hops. This lager is a multiple GABF award winner, and commands respect.

Jack’s Abby is one of the only breweries in America that only produces lagers. Copper Legend is brewed to be between the golden-colored beers found in the festival tents and a traditional Marzen. The Vienna and Munich malts, as well as all the hops, are sourced in Germany, making it about as close to a true Oktoberfest as you’ll find in America.

Similar to the way German monks brewed the original Märzens, Revolution Brewing brews their Oktoberfest Bier during Summer then “cold stores” it at 32 degrees for four months until late August to celebrate the coming of Fall. This process, in addition to 100% German malts, makes for a balanced, crisp, mellow beer that has pleasant biscuit and caramel corn flavors.

¡Prost, amigos! Santa Fe Brewing’s Oktoberfest will have you feeling all of the excitement of a German biergarten in late September, even if you’re baking under the New Mexico sun. This Märzen is a light, crisp ode to the classic German Fall lager. German malts, Bavarian hops, and 100% natural spring water make this beer semi-sweet, bready, and malt-forward. Pair this one with carnitas.

German heritage and culture has been woven into Wisconsin’s fabric for 200 years. And while the village of New Glarus is known as America’s Little Switzerland, their namesake brewing operation has been brewing one of the best Oktoberfest-style ales in the country since 1994. Staghorn is smooth, malty, and features an incredible spice bouquet.

Mecktoberfest is The Olde Mecklenburg Brewery’s most award-winning beer, and the perfect beer to celebrate Fall. This Märzen-style amber lager is the original Oktoberfest Bier: rich, malty, and smooth courtesy of Munich malt, noble hops and a yeast strain from Benedictine Weihenstephan Abbey, the oldest brewery in the world.

Aged for months prior to release, Berkshire Brewing Company’s Märzen-style lager is brewed using German hops and yeasts, true to tradition. Life On Märzen is clean, sweet, and complex with flavors of caramel, toasted grain, and a light peppery spiciness. It pairs perfectly with Fall weather, foliage, fires, and David Bowie records.

Founders Oktoberfest might be the closest thing to a true Oktoberfest beer you’ll find outside of Munich. This beer only uses German malts and hops, and is even brewed in accordance with the Reinheitsgebot. Oktoberfest is the seventh release Founders has brewed to raise awareness for ArtPrize, an open international art competition in Grand Rapids.

What are favorite Oktoberfest-style beers? Comments, questions, and suggestions are always welcome! Contact me, or enter a comment below.