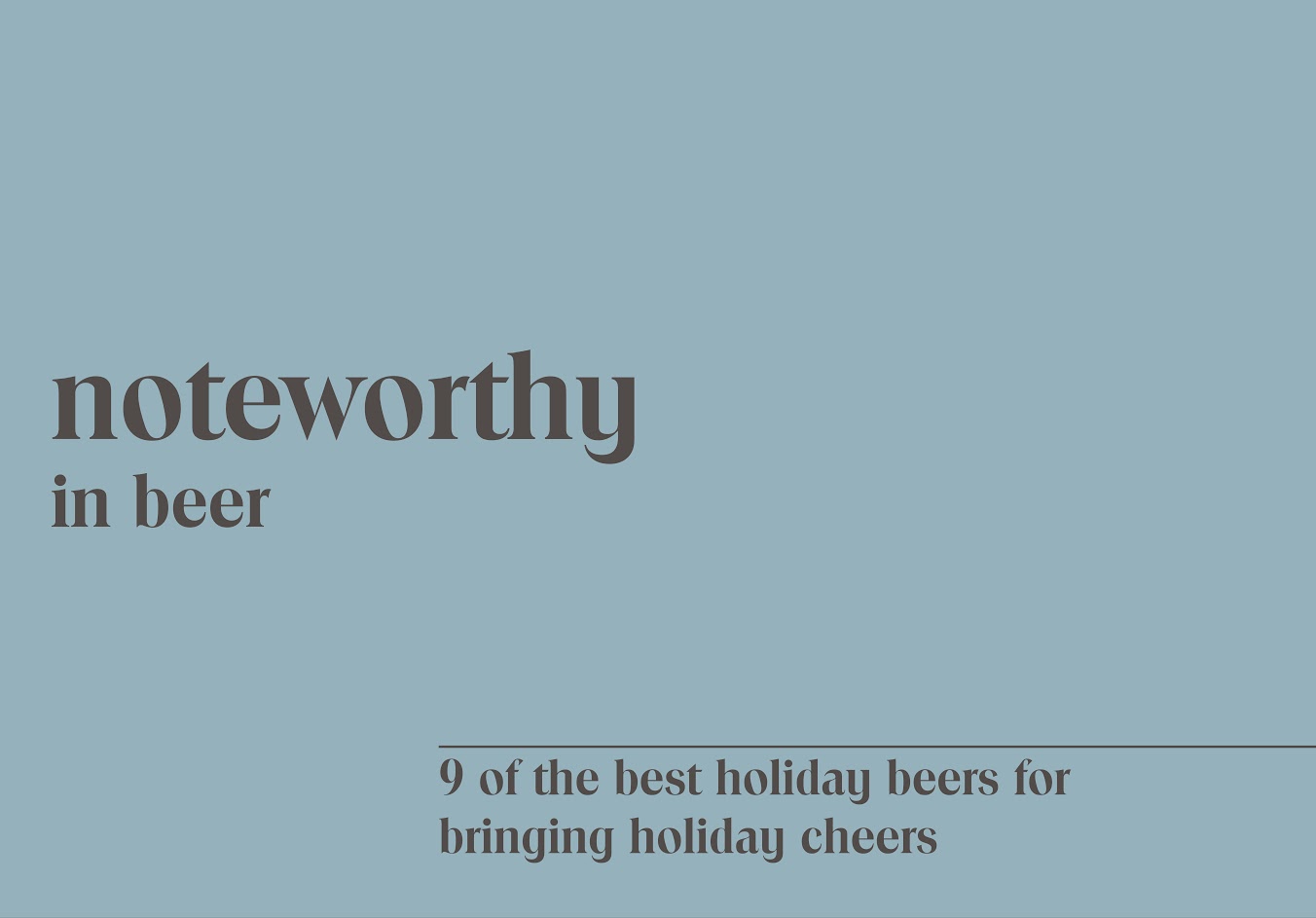 Nothing sent us to the liquor store and bars for curbside pickup quite as often as, well… *broadly gestures at the entirety of 2020.* Now the holiday season is upon us. We are jingle bells deep in it. And it’s certainly true that Christmas, Hanukah, Kwanzaa, Solstice, Festivus, and other Secular Winter Celebrations don’t look the same as they usually do, our good friend, Beer, is here to help us celebrate and ring in the new year. If you’re heading out to the liquor store for some seasonal libations, check out this list of the best holiday beers for bringing holiday cheers before you go.

Anchor Brewing’s annual Christmas ale is a tradition that dates back to 1975. Every year, Anchor creates a new secret recipe and hand drawn label, but the intent with each brew remains the same: joy for changing seasons and celebration of life. The 2020 ale is silky and layered with flavors of chocolate, toasted marshmallows and graham crackers.

North Peak Brewing Company heard our airing of grievances – our many complaints for an alternative to conventional, commercialized Christmas ales – and after demonstrations of feats of strength, a new holiday beer was created – Blitzen Festivus Ale. Finally! A Festivus ale for the rest of us! Blitzen has a deep amber hue, malts, spiciness, and a touch of rye.

2020’s been such a drag that this Christmas even Santa’s needing something a little punchier than milk to go along with his cookies. Revolution Brewing’s Fistmas is a hoppy red ale that is steeped with ginger, orange peel, and heaps of holiday cheer, and it really packs a punch. It features notes of fresh-baked bread, caramel, and stone fruit.

There’s probably no holiday beer better suited for 2020 than Odell Brewing Company’s Isolation Ale. Isolation is a classic Winter Warmer – which can be excessively sweet, malty, and boozy beers; medicinal, even. Isolation, though, is exceptional for the style, being a sweet malty ale that is balanced by a subtle, crisp, hoppy finish.

Breckenridge Brewery’s Christmas Ale is one of the more popular seasonal beers around. Holidale adds even more cheer to their Christmas Ale by aging it in whiskey barrels. This brew offers flavors of toasted biscuit complemented by soft caramel sweetness and hints of oak and whiskey to warm the spirit.

Deschutes Brewery’s Jubelale is celebrating its 32nd anniversary this year. In fact, Jubelale was the very first beer to be bottled at the brewery back in 1988. Inspired by traditional English style ales, this seasonal release is the ultimate Winter Warmer, featuring a strong malt character and notes of rich spice, toffee and cocoa.

Sierra Nevada’s Celebration IPA is both a classic and an oddity. While other holiday beers go heavy on spice, malts, and sweetness, Celebration wields fresh hops—the first harvests of the season—for complex flavors of pine, citrus, and malty caramel. A Winter classic since 1981, this release appears months after other fresh hop beers have disappeared off shelves.