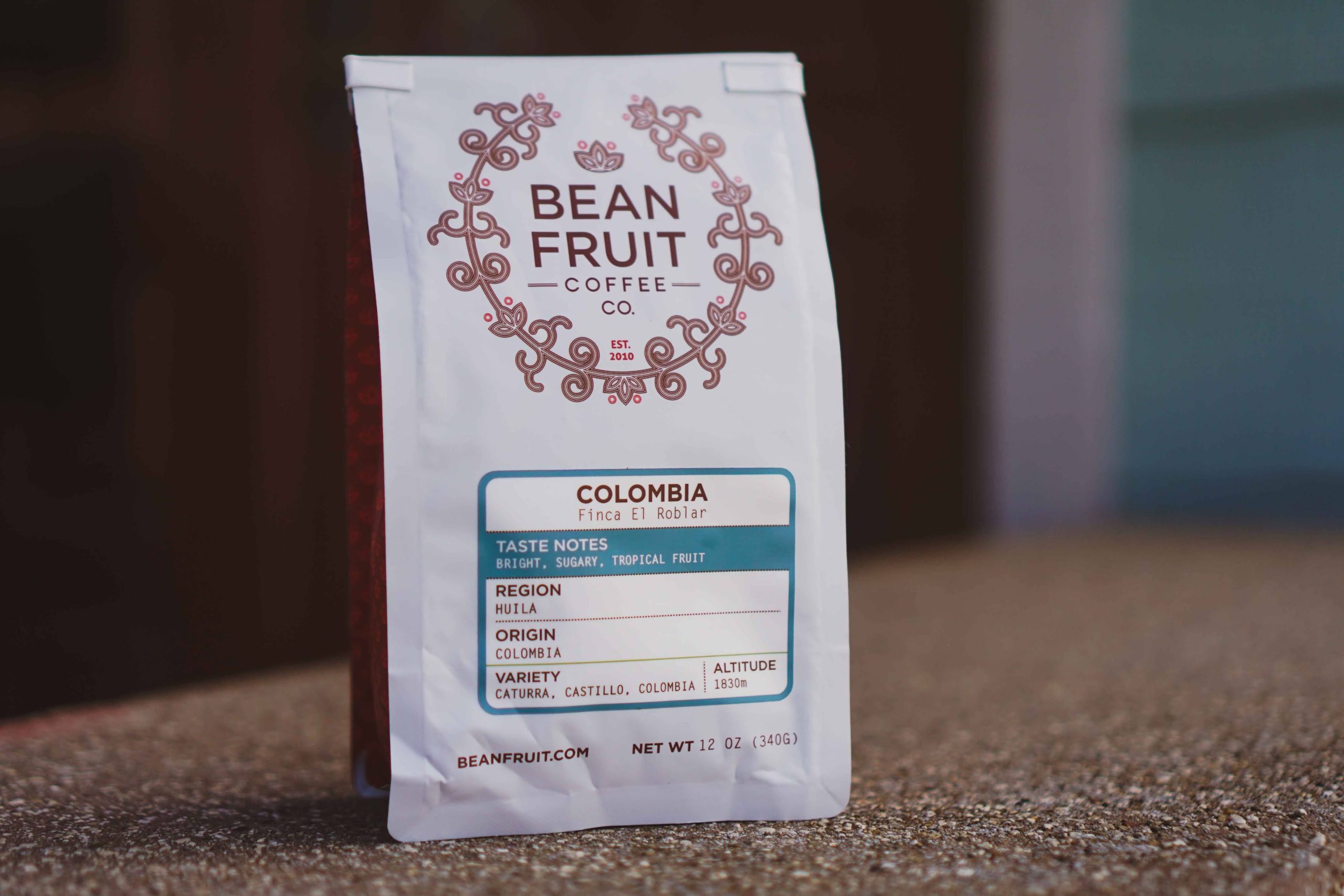 “When Mama first explained to me what a hurricane was, I thought that all the animals ran away, that they fled the storms before they came, that they put their noses to the wind days before and knew…And maybe the bigger animals do. But now I think that other animals, like the squirrels and the rabbits, don’t do that at all. Maybe the small don’t run.”

I recently wrote and posted 8 Black Owned Coffee Roasters Making Coffee Black Again. One of the roasters I listed was BeanFruit Coffee Company. Paul – owner and operator of BeanFruit – was one of my earliest and most steadfast supporters when I ran A Table in the Corner of the Cafe. He sent me a lot of coffee to try because he valued my opinion and I’ll always be grateful for that. I haven’t bought anything from him in a while, sadly. But, after imploring my readers to support his business, I decided I need to do the same. So I purchased his Colombia Finca El Roblar Microlot.

Finca El Roblar is located in Suaza, Huila, Colombia and owned and operated by German Peña, with help from his family. When German was 14 years old, his family owned a coffee plantation which was located at his grandmother’s farm. His father sold that patch and left German a small plot of land. This is currently where the Finca El Roblar Microlot is located.

In those times the farm had very basic forms of accommodation – no house – so German got used to sleeping in a tent as he worked on the farm. He started out with no coffee trees on the farm and low average temperatures. In fact, the land’s only use was to let their animals wander around.

He started working on the land, planting coffee, designing his plan to build a house. He finally moved to this farm 12 years ago. With time, little by little, he bought more lots to this farm from his father and neighbors to have everything under the same deed.

During these years, he built a house and good infrastructure to process specialty coffees – including raised beds, a large canopy and table for pre-sorting before fermenting the coffee. The coffee he harvests ferments in cherry for 12 hours, and then de-pulped and fermented for another 20-24 hours. After washing, the coffee dries on raised African beds in a parabolic dryer for anywhere from 20-30 days, depending on the weather conditions.

The farm sits at an elevation of approximately 1,830 meters and consists of four hectares in coffee. It’s noteworthy that up until now, he still doesn’t have a road to the farm. He has to get everything down the mountain by mule and horse. There are many producers who inherit plots of land, work many years more on the subject of coffee, but still do not have a similar infrastructure to process coffee. German is a great example of a farmer starting with practically nothing and succeeding.

Wow! The aroma of the Colombia Finca El Roblar Microlot burst out of the bag when I opened the packaging. Intense aromas of tropical fruits and refined sugar filled the air.

The flavor follows the nose – this is an intensely bright, sweet cup of coffee that hits all over the palate and really wakes up the taste buds. This is a light-bodied coffee with a lightly juicy mouthfeel. Up front I tasted flavors of hazelnut and butterscotch – a really unique combination – with a touch of stonefruit. As it cooled, it burst to life with bright fruits like pomegranate and blood orange. For just a brief minute or two, towards the end of the cup, I tasted a beautiful and distinct strawberry preserve note. I only tasted that twice in the week and a half or so that I drank this coffee.

BeanFruit Coffee’s Colombia Finca El Roblar Microlot is the kind of coffee that makes you wonder why it’s been so long since you last ordered from one of your favorite roasters in the country. It was a stunner, and one that I already miss.

UNLESS OTHERWISE NOTED, ALL PRODUCTS REVIEWED ARE UNSOLICITED SUBMISSIONS FROM THE PRODUCT MANUFACTURER.

Andrew
Andrew is a husband, father, dog lover, craft beverage enthusiast, content creator, and niche market Internet celebrity. Formerly of A Table in the Corner of the Cafe and The Pulitzer Project and contributor to Barista Magazine and Mental Floss, he’s been writing on the Internet for years.
BeanFruit Coffee CompanyColombiaHuila