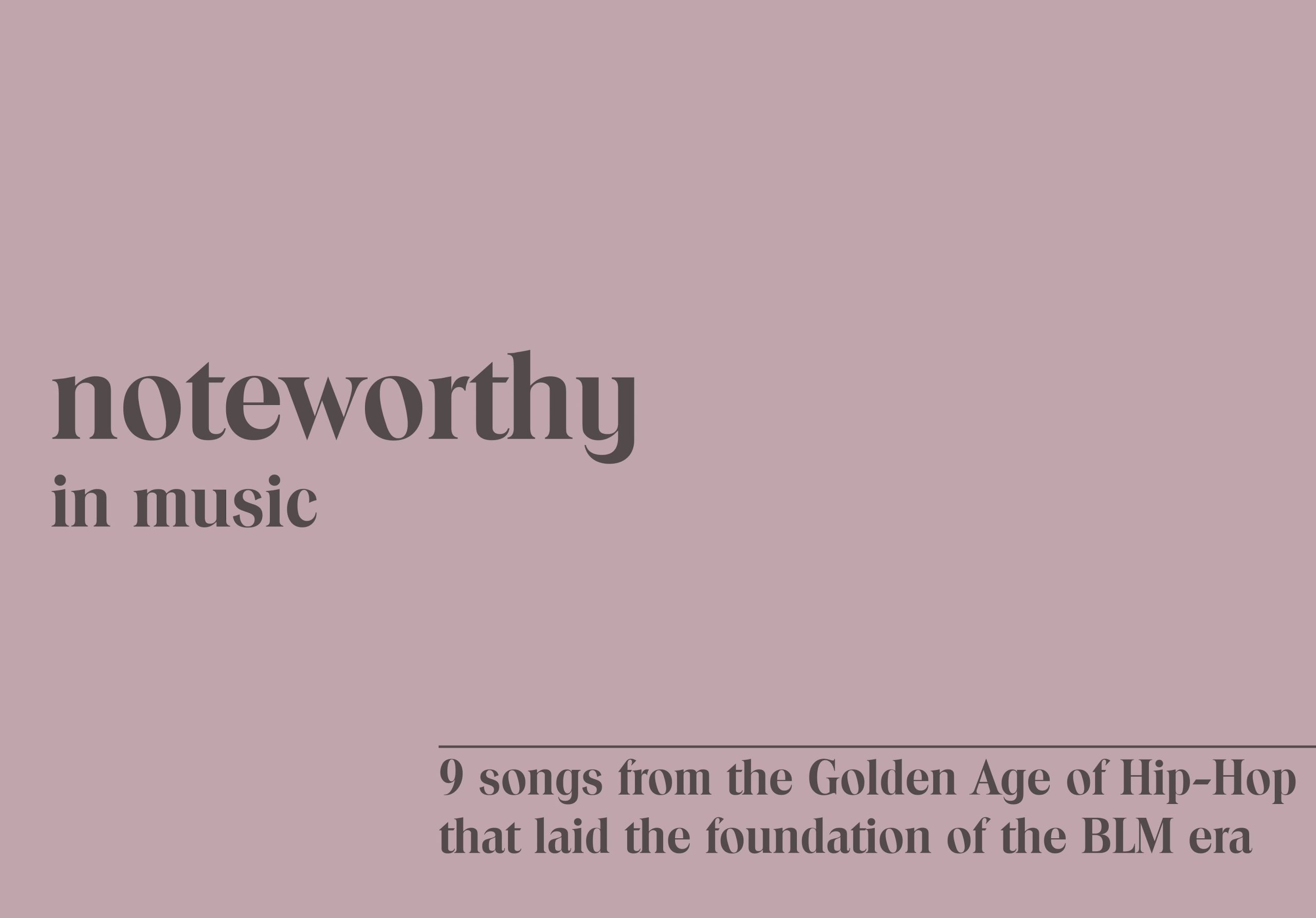 Black Lives Matter isn’t a moment. It’s a movement. And these 9 Golden Age of Rap protest songs prove that it has been for generations. The mantra “Black Lives Matter” didn’t enter the lexicon until the 2010s. But the sentiment has been there for a long, long time.

Throughout the 1980s and 1990s, the divide between White and Black communities grew larger and larger. With Reagonomics, the War on Drugs, and the Clinton crime bill, life in inner city Black communities became more and more untenable. The income gap widened, street violence and gang warfare intensified, and police presence increased exponentially, which as a matter of course led to excessive and aggressive policing and brutality. The “inner city blues” that Marvin Gaye “hollered” about in 1971 quickly turned to anxiety, fear, and righteous anger.

Many who lived in those communities to turned to hip-hop to voice their frustration. Born out of the disco clubs in the late 70s, hip-hop was still the new kid on the block in terms of musical genres; and it was music mainly to listen to while partying and having fun with your friends. Because of its newness, and because of its lyrical content, and because it stemmed from disco and funk, and because (let’s face it) it was a predominantly Black art form, the establishment refused to take hip-hop seriously. It didn’t take long, though, for DJs and emcees living in Black communities to use rap and hip-hop to voice their frustration and “fight the power.” Mainstream media didn’t accurately report most of the social issues that impacted hip-hop artists so they used rap to broadcast their conditions on their own. Public Enemy’s Chuck D called rap the “Black CNN.” Thus, the fight for rap’s relevancy and the fight for social justice intertwined. These songs were a call to action. A voice for the underrepresented and marginalized. A validation of Black culture.

Hip-hop now has more of the credibility it once sought. Social media has also amplified the voices of those that Public Enemy and others advocated for. Rap’s biggest stars also have access to platforms that were once unattainable. And truthfully, there’s more political hip-hop music and activism than ever before.

Today we pay tribute to the DJs and emcees who paved the way for the rappers of today and laid the foundations of the Black Lives Matter movement with these nine Golden Era of Rap protest songs.