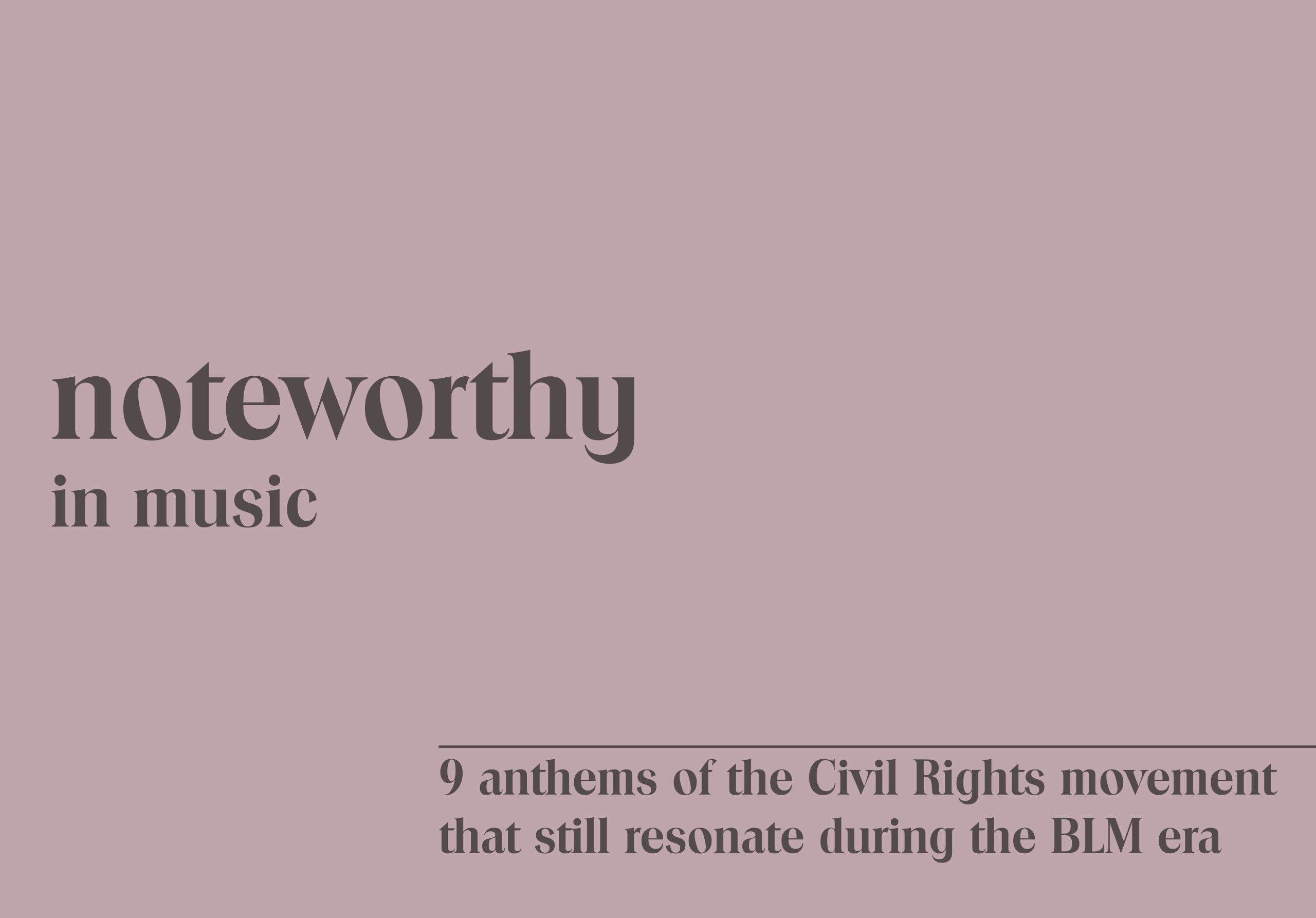 Black Lives Matter isn’t a moment. It’s a movement. And these Civil Rights songs prove that it has been for generations. Even though the mantra “Black Lives Matter” didn’t enter the lexicon until 2010s, the sentiment has been there for a long, long time.

And I don’t think there’s been any other cultural movement that’s been so indelibly tied to inspiring music. From slave spirituals, to Jim Crow protest songs, to Civil Rights anthems, to the golden age of rap, to the year 2020, the words might be different from song to song but Black artists have been singing the same damn things for 200 years.

And while the world has been enriched with such great music as a result, the fact that Black people are still crying out “WE MATTER” is an unjust tragedy.

I was going to attempt to put together a list of 9 Essential Tracks for a Black Lives Matter Playlist that spanned genres and decades, but it was too overwhelming a task. How could I sort through 200+ years of this music and narrow it down to just nine songs? That’d be IMPOSSIBLE.

SO. After a few days of research and banging my head against the wall trying to narrow down my list of dozens to just nine, I decided to instead do a series of posts: Civil Rights Anthems, 80s and 90s, Songs of Today, and Songs By Allies.

The tracks I’ve compiled today were vital to the Civil Rights era. These Freedom Songs unified and mobilized people. They inspired and uplifted people. Educated and challenged people. Spoke truth to power and shed light on hard truths.

And, sadly, all of these songs are just as relevant today as they were 80 years ago.