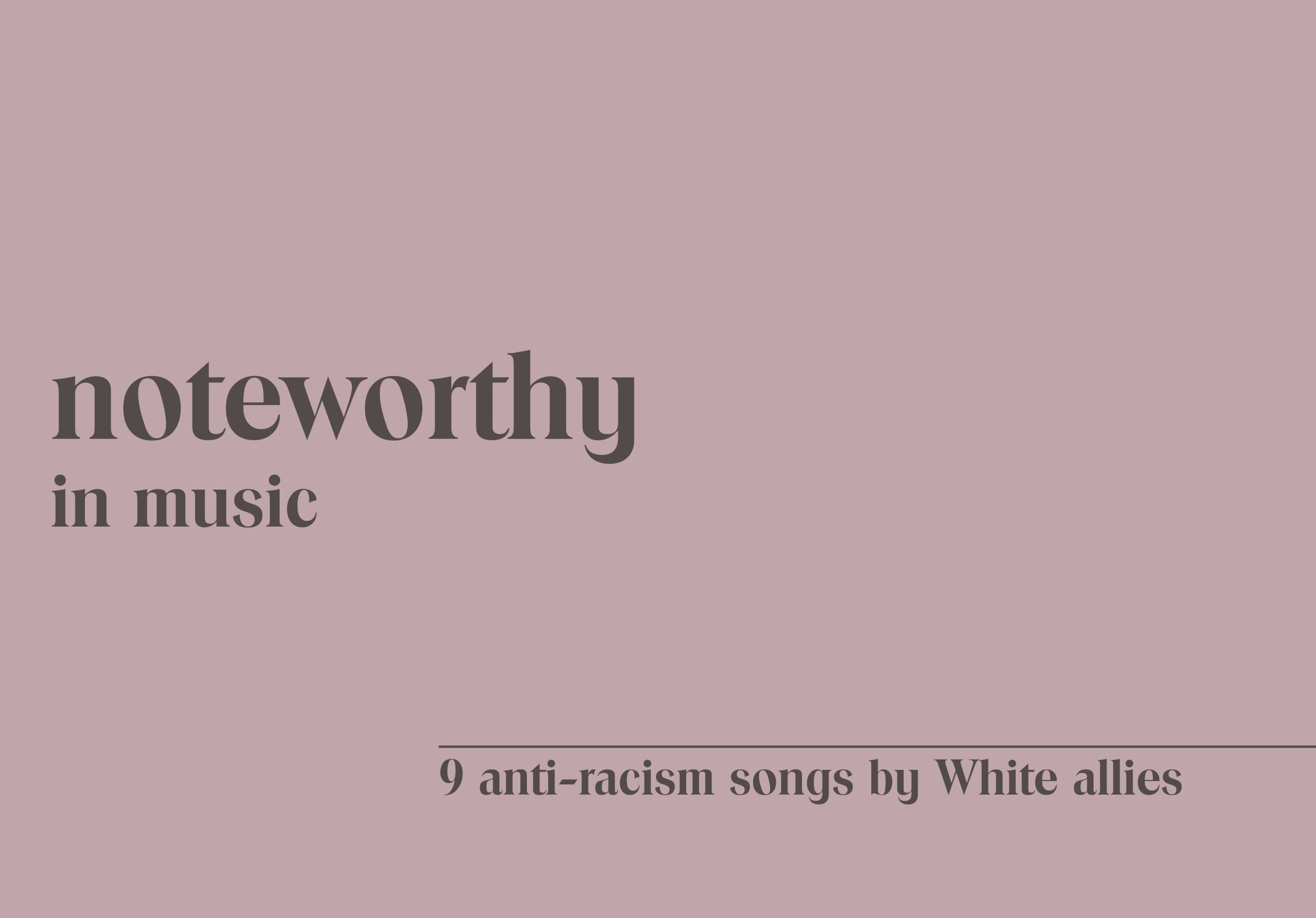 Black Lives Matter isn’t a moment. It’s a movement. And these 9 anti racism songs prove that it has been for generations. The mantra “Black Lives Matter” didn’t enter the lexicon until the 2010s. But the sentiment has been there for a long, long time.

There is no other way to put this than bluntly: systemic racism is a White problem, and a White person’s problem to solve. It is caused solely by White actions and cultural influence. White men created and benefited from slavery, Jim Crow laws, mass incarceration, redlining, voter suppression, police brutality, apartheid, gaps in education and wealth, and numerous other human rights violations.

Throughout history, though, there have been White allies who used their privilege and cultural influence to stand up, march alongside their Black brothers and sisters in their fight for freedom, for civil rights, for equity, and demand justice. Many of these allies were singers and musicians who used their music and their voices to spread awareness and plead for justice and understanding to audiences that Black voices wouldn’t reach. (Believe it or not, there isn’t much overlap between Bruce Springsteen and Kendrick Lamar fans.)

Sadly, anti racism songs by White allies are few and far between. And the majority of them are trite and glib, to be perfectly honest. For every “Biko” there are two or three “Ebony and Ivories.” I’ve collected nine of the best tracks that are calls to arms, that are topical, and that are introspective. These are artists who understood that being an ally is more than just attending a protest rally. They held up a deep dark truthful mirror to a racist society, and saw themselves in it.

Andrew
Andrew is a husband, father, dog lover, craft beverage enthusiast, content creator, and niche market Internet celebrity. Formerly of A Table in the Corner of the Cafe and The Pulitzer Project and contributor to Barista Magazine and Mental Floss, he’s been writing on the Internet for years.
Black Lives Matter