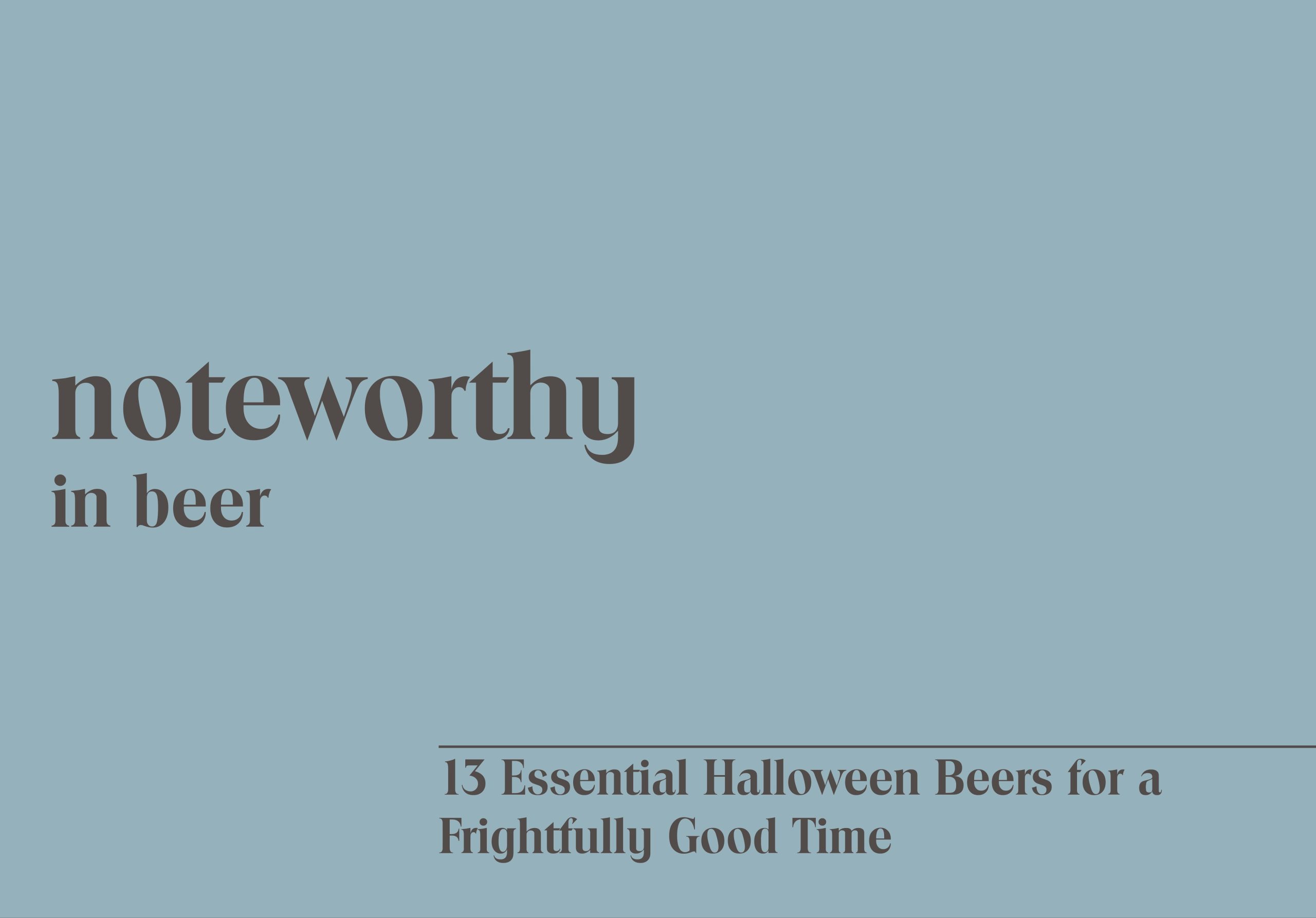 I was struck by lighting, walkin’ down the street
I was hit by something last night in my sleep
It’s a dead man’s party who could ask for more?
Everybody’s comin’, leave your body at the door
Leave your body and soul at the door

Halloween, admittedly, looks a little different in 2020. There won’t be as many trick or treaters coming to your door, parties and get togethers will likely be canceled… But that doesn’t mean you can’t still have a good time!

This Halloween will be the perfect time to stay inside, turn off all the lights, curl up on the couch with some snacks, and scare yourself silly with an ultimate horror movie marathon! Or hide under your sheets with a flashlight, reading any one of these unsettling Gothic novels.

Whatever you do this Halloween, these 13 essentially Halloween beers are the perfect companions.

Maudite (“damned”) was the first strong beer to be retailed in Quebec. The word “Maudite” refers to the Legend of “Chasse-Galerie”—a tribute to the early lumberjacks of Nouvelle-France. The legend tells of eight daring woodsmen who, during winter, yearned to be home for the holidays. They conjured up the Devil and pledged their souls in return for flying them in their canoe home to their village. As they sailed across the moonlit sky, one of them managed to free himself from the pledge by invoking the name of God, which caused the flying canoe to come crashing down to earth.

Abomination Brewing Company’s series of single-hop DIPA’s, Wandering Into the Fog, returned in 2020 with a release featuring El Dorado hops. It’s a smooth, creamy beer, and it’s bursting with tropical fruit flavors. It’s a good thing the beer is so bright, because it’s the only light you’ll have to guide you out of the forbidden forest as the fog closes in on you.

One of the original horror films, Nosferatu remains a classic and an essential Halloween watch to this day. Inspired by the film, this rich, malty, spicy, and biting (vampire joke) imperial red ale from Great Lakes Brewing Company is a perfect complement to scary movies.

Titling this list “13 Essential Halloween Beers” was a bit misleading considering this entry is a three-fer, but it would have been a serious oversight to include any of the beers in this trilogy but not the others. Avery Brewing Company’s “The Demons of Ale” collection is comprised of The Beast Grand Cru, Samael’s Oak-Aged English-Style Strong Ale, and Mephistopheles’s Stout. This is one hellishly tasty lineup of beers.

He Who Walks Among Monsters – Timber Ales

Timber Ales’s He Who Walks Among Monsters is a an imperial stout that is aged on coffee, maple syrup, and cassia bark. And it is an absolute MONSTER of a beer, clocking in at 12% ABV. It will absolutely wreck you. It will tear you from limb to limb. And as you lay on the mossy forest floor, waiting for death to grant you sweet release, your eyes will drift upwards to the canopy of tree leaves above you, and a smile will etch across your face. And with your final breath, you will utter, “sweet Jesus, that was a tasty beer.”

Consistently one of the highest-rated American pale ales out there, 3 Floyd’s Zombie Dust is one of those special beers that craft beer nerds almost universally enjoy. Bring a six-pack of this to a Halloween party and the undead will be rising from their graves just to ask for a sip. Brewed exclusively with Citra hops, this beer is refreshingly hoppy and has a lower alcohol content than some of the other spooky beers on this list (6.4 percent ABV).

I’m not a tremendous fan of pumpkin beers, but what list of essential Halloween beers would be complete without at least one? I can’t think of a better one to mention than Buffalo Bill’s Brewery’s Black Pumpkin Oatmeal Stout. This is a delicious take on the pumpkin-infused-everything trend—a creamy oatmeal stout layered with accents of pumpkin, chocolate, and spices.

One of the season’s most legendary pumpkin ales rides again this year with the limited-release batch of “Ichabod” by New Holland Brewing Company. Ichabod sets the mood for the season with the perfect blend of malted barley, real pumpkin, and bewitching notes of cinnamon and nutmeg for a delicious and inviting brew.

Among the most famous of all Halloween monsters, the great Yeti—shrouded in mystery, tromping through the wooded hills of the Pacific Northwest and devouring everything that crosses its path. Much like the behemoth it honors, Espresso Oak Aged Yeti Imperial Stout is an onslaught on the senses.

Check out my review of this beer HERE.

Though it is named in honor of famous Gothic author Edgar Allan Poe and embodies the darkness and mystery of the Halloween season, New Holland Brewing Company’s The Poet has a yearly availability. Oats bring a creaminess and soft mouthfeel to the roast malt character in this classic dark and brooding oatmeal stout.

Ballast Point’s Victory at Sea Imperial Porter is a bold brew with just the right amount of sweetness. They infused this robust porter with vanilla and cold brewed coffee from San Diego’s own Caffe Calabria. Drink this beer with care – at 10% ABV this boozy brew could leave you shipwrecked.

I very strongly encourage you to click the link above and read the story of this beer because it’s absolutely wonderful—well-written, very thoughtful, and bone-chillingly creepy. This beer flies in the face of “traditional” fall, seasonal, and Halloween beers in that it’s not a full-bodied porter or stout or a hop-forward red or pale ale; it’s a very light, extremely sessionable wheat beer brewed with honey and spices.

I had the opportunity to sample all three of this beers as a guest on the Few Brews Beer Club Podcast Halloween special. It’s worth listening just to hear my incredible Miller High Life commercial.

A staple in Revolution Brewing’s Deep Wood Series, Cafe Deth is a bourbon barrel-aged imperial oatmeal stout that is brewed with English specialty malts, flaked and malted oats, and an aggressive amount of Chicago’s own Dark Matter Coffee to create a heavy, rich, chocolaty profile and silky mouthfeel that cloaks its considerable strength. This beer clocks in at 14.8% ABV, so if you’re not seeing things out of the corner of your eye moving around in the shadow, you definitely will be after drinking this one.